Traditional upholstery is a laborious process that requires skill and paying particular attention to form and detail. The end result of this quality workmanship is an item of upholstered furniture that is pleasing to the eye, comfortable, functional and durable.

The process of traditional upholstery involves a series of steps applied in a defined sequence. Yet, every individual type of antique seating would need to be approached differently. read more.....

Caring for your item

Antique furniture restoration and re-upholstering are both expensive. Here are a few tips to protect your item as much as possible:

Always handle the item with care especially when recalling the age of the item dating to the 1800s and early 1900s for Regency, William IV, Victorian and Edwardian items. read more.....

Traditional upholstery is a laborious process that requires skill and paying particular attention to form and detail. The end result of this quality workmanship is an item of upholstered furniture that is pleasing to the eye, comfortable, functional and durable. It is much more complicated than modern foam-based upholstery, which is never to be used on antique furniture.

Over the centuries, traditional upholstery techniques have evolved from the basic fixed padding using all sorts of stuffing in the seventeenth century to greater refinement of technique in later years to achieve more elegant and defined shapes by securing the stuffing in twine ties, tufting and using edge rolls.

Expertly executed upholstery was applied in the eighteenth century and became more intricate both in form and technique during the nineteenth century when more emphasis was placed on creating comfortable upholstered seating. The nineteenth century saw an improvement in edge stitching, the introduction of springing, lashing, deep buttoning, and increased top covering decoration as a result of changing fashions and chair frames. Following the opulent luxury typical of the Victorian era, a return to simple upholstery is seen at the turn of the century during the Arts and Crafts movement such as pin stuffed upholstery and simpler lines.

To this day, the techniques and hand tools similar to what would have been used during the nineteenth century are more or less still applied for re-upholstering antique seating furniture. Different natural materials and fillings are used nowadays that comply with fire retardancy requirements. 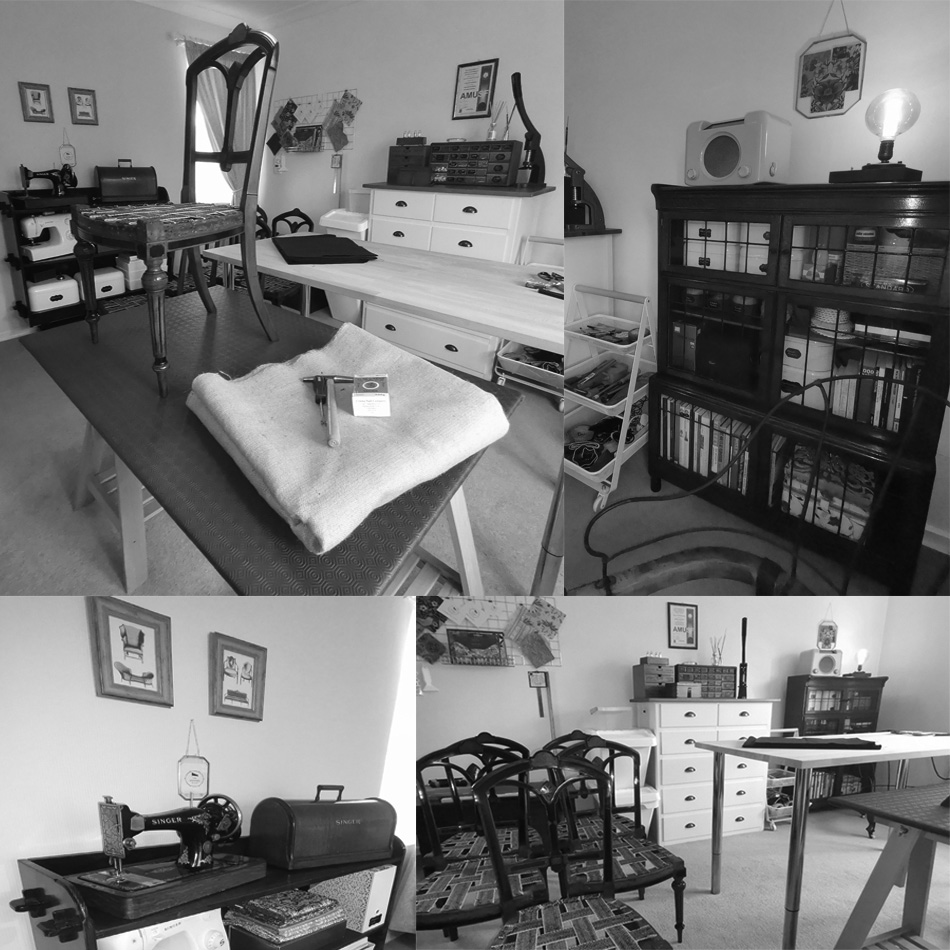